Soca beats originated in the Caribbean island of Trinidad and Tobago. It is widely accepted to have been created by Lord Shorty (born Garfield Blackman). He noticed that Calypso music was threatened by the more popular reggae music and dying out and attempted to create a new hybrid that was more appealing to the masses. He fused Indian music with calypso music and this resulted in a more energetic hybrid called solka, which later became known as soca beats.

is very fast, with tempos of around 160 beats per minute. The music is largely instructional in nature. Soca artists thrive on motivating audiences to respond to their dancing instructions. Power soca music is largely music to jump, wave and “wine” to. (“Wine” is derived from the word “wind” and is a type of dance that consists of hip movements). Crowd reaction is key.

Trinidadian soca artist, Superblue has been credited with starting the “jump and wave” craze. His success with this style of soca was so incredible that since then most soca songs are written with crowd response in mind. Today, the challenge for power soca songwriters is to write songs that can move audiences but not be a regurgitation of the jump and wave theme. This is not the easiest of tasks because of the very nature of the festival that soca music is centered around. Soca music is largely carnival music. Since carnival is all about jumping and waving, the music that drives it must be able to engender such activity. Increasingly, artists are succeeding at writing songs which are not necessarily based on “jump and wave” or waving rags and flags. In an attempt to stay clear of monotony, themes like love, peace and togetherness have been very common.

This is arguably, a better means of propelling soca music forward internationally. It is much slower, around 115 beats per minute. This newer kind of soca allows for a wider range of topics to be addressed. Unlike the total frenzy that power soca gives rise to, groovy soca is music to sway and dance slowly to. Artists like Kevin Lyttle and Rupee have demonstrated that this type of music is very palatable to mainstream music markets, with international hits like “Turn Me On” and “Tempted To Touch” respectively. Another artist who has gain international recognition with groovy/crossover soca is Barbadian based artist, Alison Hinds.

Ragga soca is a fusion of dancehall and soca music. Ragga soca performers include Trinidians, Bunji Garlin and Maximus Dan.
Chutney soca is a blend of East Indian chutney music and soca. Chutney Soca is an up-tempo, rhythmic type of song, accompanied by traditional Indian musical instruments such as the dholak, tassa, the harmonium and the dhantal.

The line between different kinds of soca music is becoming less and less clearly defined. It can sometimes be very difficult and controversial to pin-point what is groovy, power, or ragga soca. There is so much fusion taking place that it is often difficult to tell whether a song is really a soca song. For instance some have argued that Alison Hinds’ hit song, “Roll It Gal” is not really a soca song but an R&B song with a West Indian influence. While I do not hold that view, it goes to show that there are no clear distinctions and definitions. Soca music, like other forms of music is an art and cannot be restricted to a specific or exclusive mold.

Brass instruments such as trumpets and trombones have been very typical of soca music. Sometimes, the saxophone forms part of brass sections. While these instruments are still used in live performances, synthesizers and samplers are increasingly replacing them, particularly in studio recordings and at smaller concerts. Soca is very percussion and drum driven and these are often very loud in a soca mix. The bass is also very important. Other instruments used include guitars, and keyboards. 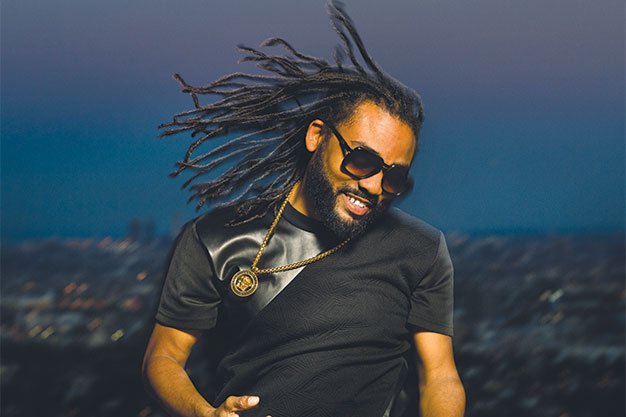